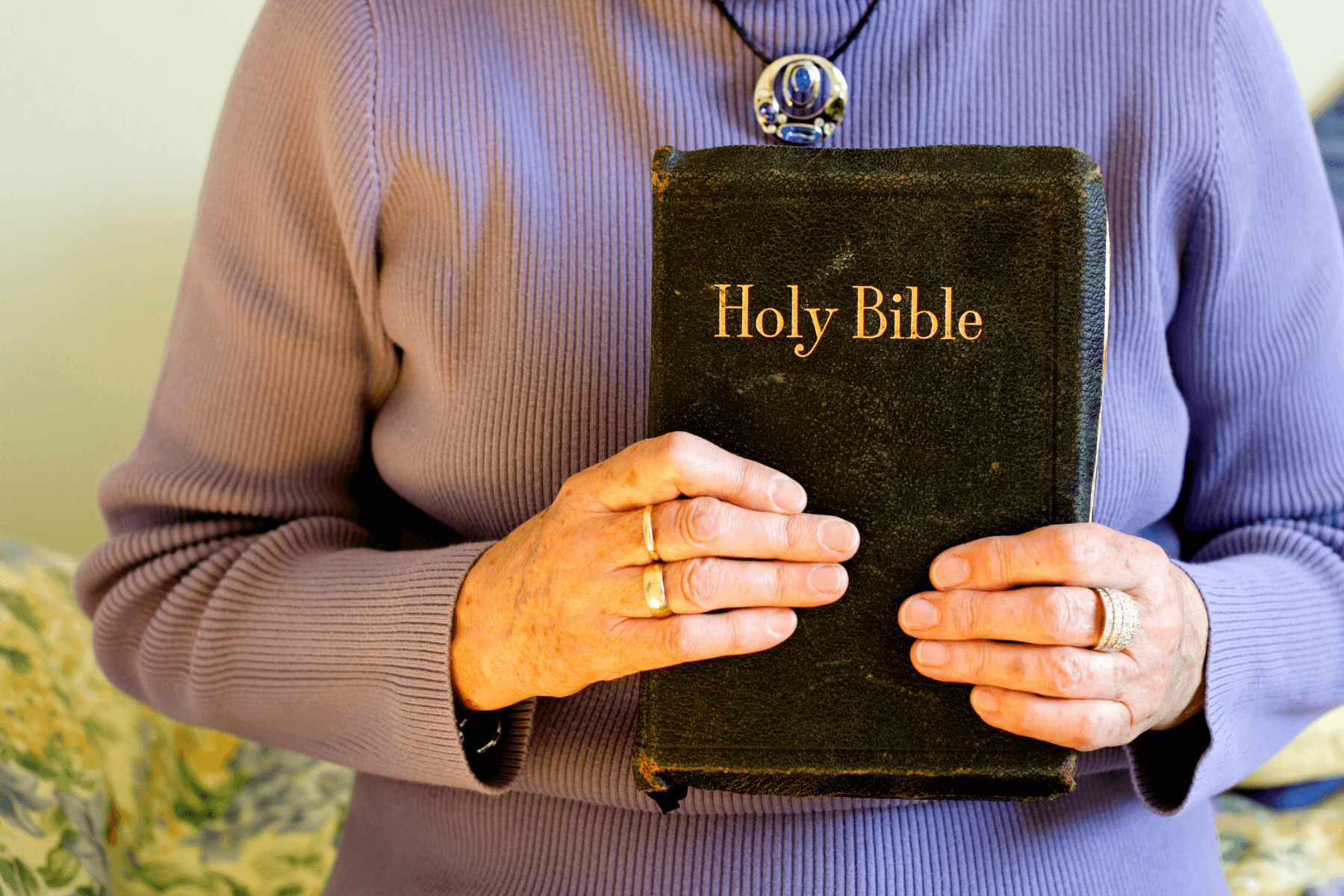 The Bible is full of inspirational figures who set wonderful examples for Christians of all ages, and their words and deeds are just as relevant to modern life as they were in Biblical times. The communities under the  Bethesda Senior Living Communities umbrella empower seniors to live vibrant lives following lessons from the Bible. Below, you can find out more about five historical Bible figures who inspire seniors.

In Luke 18:1, Jesus tells his disciples a parable about a widow tirelessly seeking justice.  In the story, the widow repeatedly approached an unfair judge to beg for justice against her opponent.

At first, the judge refused to hear her pleas. However, the widow didn't give up and instead kept appealing to the judge to change his mind. Eventually, the judge relented to stop her from bothering him, and the widow's persistence won the day.

Jesus summarized the parable's message as a reminder that God will always grant justice for those who pray and maintain hope. The persistent widow inspires Christian seniors to keep praying and ask for God's help to cope with injustice and troubles.

Ruth the Moabite's story is told in the Book of Ruth. Ruth was a pagan who married the son of an Israelite woman called Naomi and chose to follow God.

When Ruth's husband died, her mother-in-law Naomi urged her to remain in Moab to remarry while she herself returned to Israel. Instead of remaining with her kinspeople, Ruth's devotion to Naomi and God was unwavering. She declared to Naomi that she would follow her wherever she went, accepting her people and God as her own. Instead of choosing the easiest option, she showed bravery and integrity in relocating to an unknown land to live among God's people.

Ruth's story reminds Christians of the importance of loyalty to God and the people they love. It also inspires Christians to maintain their integrity, even if doing so is not the simplest path.

Barnabus isn't one of the best-known figures in the Bible, but he played a crucial role in spreading the gospels. He features prominently in the Book of Acts and was a wealthy man who gave up his money and worldly comforts to work as a traveling missionary.

Barnabus displayed many laudable traits that many modern Christians can learn from, including a tireless appetite to encourage others to grow their faith. Barnabus converted many people to Christianity, and he took on Paul as his protegee.

Paul had previously opposed the church but later became a fervent believer. Many early Christians were deeply suspicious of Paul, but Barnabus embraced him and vouched for his good intentions. Barnabus' example teaches Christians to give others the benefit of the doubt and advocate for God. It also serves as a reminder of the importance of supporting people who are doubting or growing their faith.

Hannah only appears in 1 Samuel, but her story foreshadows later events in the Bible and contains many valuable lessons for Christians. Hannah was one of the two wives of Elkanah. His other wife, Peninnah, was blessed with many children, but Hannah was infertile. Despite being Elkanah's favored wife, she endured torment and bullying from Peninnah because she couldn't bear children.

In her desperation, Hannah poured her heart out to God, pledging to give her son to His service if only she could conceive. The priest Eli accused her of drunkenness, but Hannah replied that she was not drunk but imploring the Lord to ease her suffering. Such was her faith in God's goodness that "her face was no longer downcast" when she left (1 Samuel 1:18).

Shortly afterward, God granted her request, and she conceived Samuel, her first son. Hannah raised Samuel lovingly until he was weaned and then gave him to the priest Eli to serve God. Like the persistent widow, Hannah reminds us that we can weather hardship by putting our trust in God's mercy and praying. Her example also serves as a lesson in the importance of keeping promises.

The story of Joseph and his coat of many colors is widely known, but the details of his life are highly instructional for Christians. Joseph was the favored son of Jacob and maintained an unshakable faith in God while rising to powerful prominence in Egypt. There are many stories about Joseph that Christians can learn from, and one of the less well-known is about what happened to Joseph as a slave.

Potiphar was one of the Pharaoh's guards and held Joseph in high regard, entrusting him with the running of his household. Potiphar's wife found Joseph attractive and repeatedly attempted to seduce him. Joseph refused to betray his master, not least because he knew the transgression would be displeasing to God.

Sticking to his principles and honoring God's will got Joseph into serious trouble. Potiphar's wife was angered by his rejection and alleged that he had assaulted her, and Joseph was imprisoned. However, God saw that Joseph had acted honorably and blessed him with His favor, ensuring that Joseph was well-treated by the jailer. Joseph's story teaches Christians to obey God's law even when it is hard to do so and that God will provide for those who do the right thing.

Posted on
Thursday, December 23, 2021
by
Bethesda Senior Living
« Go Back