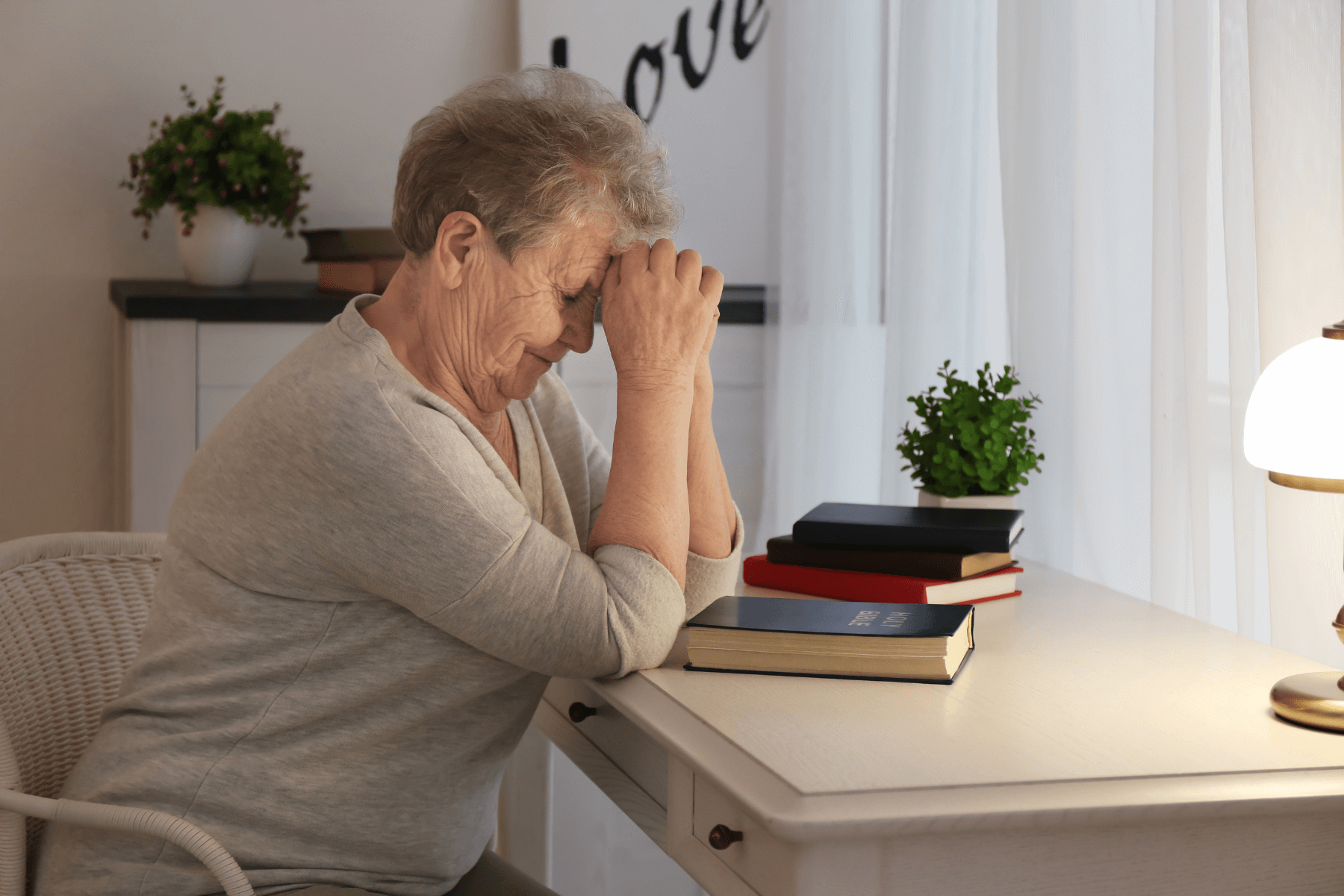 What Seniors Can Learn From David

King David is a figure from the Old Testament that sticks with people. His life was epic: David was a strong warrior, a wise king and had a strong relationship with God. But perhaps what draws people back to David throughout the years is that he wasn't perfect. He was a man with flaws and who made mistakes, and the way he returned to God over and over can provide inspiration for other people who are living their imperfect lives while seeking God.

Whether you're living surrounded and strengthened by people of faith in a faith-based assisted living community or independently in your family home, turning to Scripture regularly can be a good idea. Here are just some of the lessons found in the life of David.

God Looks at Your Heart

David didn’t look like a king when Samuel anointed him, but God looked into his heart. People tend to judge others based on their physical appearance, but God will always see who we really are.

Seniors may be affected by their own appearance and judge themselves for it. Due to mainstream anti-ageing advertising, age-based discrimination and modern beauty standards, seniors are experiencing an outbreak of body image issues.

You can help fight these insecurities in yourself and others by knowing that God sees your heart, faith and character. God saw the king that was in David, and Jesus sees the loving, faithful disciple in you.

You Can Do Anything When God Has Your Back

David said to the Philistine, “You come against me with sword and spear and javelin, but I come against you in the name of the Lord Almighty, the God of the armies of Israel, whom you have defied." - 1 Samuel 17:45 NIV

Most people—Christian or not—have heard the story of David and Goliath. Goliath challenges Saul's army. Everyone’s too afraid to fight him, but a young man with a slingshot comes along. He’ll fight the giant Philistine, he says. Ultimately, he puts a rock between Goliath's eyes and slays him.

Another important part of this story is unshakeable faith. David was matched with the toughest, meanest fighter in the Philistine army, and he didn’t even hesitate to say he would fight him and win. You can take comfort in faith in your own life and face each day knowing you’re in God’s hands.

Having a Loving Relationship With God

“The whole earth is filled with awe at your wonders; where morning dawns, where evening fades, you call forth songs of joy.” – Psalm 65:8 NIV

Whether it’s dancing, singing or writing psalms, David is always showing his love for God. Throughout his entire life, David and God have a great relationship. God becomes David’s counselor and friend. David puts his problems in God’s hands, whether he's running from Saul or acting as the king of Israel himself.

David provided so many examples for how to worship and grow in your relationship with God. The recurring theme from David’s life is to trust in God and let Him take up your struggles.

No One is Perfect

No one has led a perfect life except Jesus. Even heroes like David sin and fall short. David, who was overall a good king and a good man, was also a murderer and adulterer. When he saw Uriah’s wife, temptation took him. Uriah’s wife became pregnant. Then, when David couldn't trick Uriah to lay with his wife to make him think the baby was his, he had him left at the front of a battle to die. David didn’t sin very often, but when he did, he went all out.

This story is a reminder that no people are perfect. If even David, a king of Israel, did something this terrible, then how can we expect to resist all temptation? Accepting that everyone sins helps you learn to forgive yourself and others. People sin because they are incapable of not sinning without the help of Jesus.

Posted on
Thursday, September 16, 2021
by
Bethesda Senior Living
« Go Back