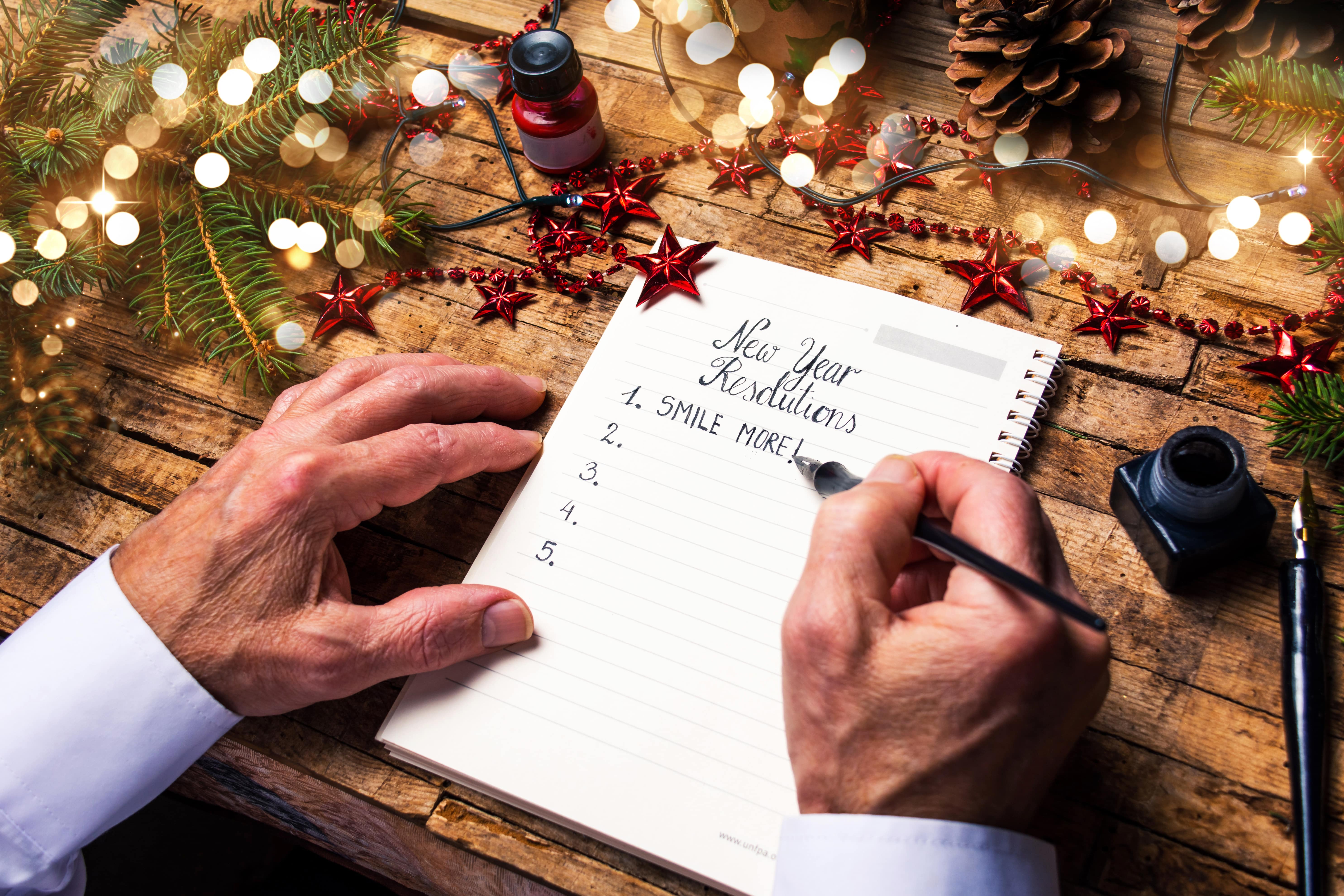 Ways to Make Positive Changes in the New Year

New Years' resolutions are a favorite tradition for many. For other's they're something to ignore, dread or make fun of. But no matter how you feel about the act of making goals for the New Year, there's definitely something to be said for making positive changes. Why not start some of them in 2021?

Find out more about the history of this tradition and learn how seniors can make positive changes in the New Year without resorting to old-fashioned resolutions if they don't want to.

The History of New Year's Resolutions

The concept of resolutions or goals tied to the turning of the calendar page or celebration of the New Year potentially dates back thousands of years. According to History.com, the Babylonians were making resolutions at the beginning of each new year more than 4,000 years ago. They didn't celebrate New Year the same way and same time in the year we do today; for Babylonians and many ancient peoples, each new year began with the harvest.

Through the years, these types of resolutions often took on spiritual or worshipful aspects, depending on the culture that was adopting them. Some cultures made promises to their gods at the beginning of each year; if the people held up their end of the bargain, they believed that the gods in question would protect them, provide for them or bestow other types of favors.

Later in history, many Christians even adopted the practice. In the 18th century, John Wesley even created a tradition known as the Covenant Renewal Service, which is still practiced by some United Methodist churches today.

Today, New Year's resolutions might be spiritual or secular, depending on the person or culture practicing them. Many people forgo the practice altogether in modern times because they don't see it as mattering a great deal. This may be because only around 80 to 90% of people who make these resolutions actually keep them.

Older adults may have faltered many times at their New Year goals — and seen others do the same. What makes these resolutions so hard to keep? One reason is that we're prone to make bad goals for these resolutions. Not "bad" as in the intent is incorrect or wrong, but bad in that the goals are not properly constructed. Here are a few reasons why:

• New Year's resolutions are often stated as aspirations. "I want to lose weight" or "I want to save money" are examples. We want to do a lot of things, though, and don't. Stating resolutions in an aspirational way leaves them feeling like vague desires, which can be harder to act on.

• Resolutions might be too vague. "I want to eat healthier" is seemingly a good goal. But what does it mean? If you eat four cookies instead of five, have you achieved your goal? When goals are vague, it's easier to proclaim you achieved them without actually doing much.

• The resolutions might be too big. ﻿Dreaming big is wonderful, but you do have to create goals that you can achieve in the 365 days you have before you. Losing 100 pounds in one year would require shedding almost 2 pounds a week, for example. That doesn't sound like much, but unless you're working with a medical professional, it's not often possible to lose that much weight in a healthy and sustained manner that fast.

• The resolutions don't support the big picture. Someone might set a goal to write in their journal everyday, for example. This is great if that serves a purpose in their life. If writing in a journal doesn't make you happier, help you support better mental health or achieve some other bigger purpose, though, your resolution could just be something you're trying to tick off your list everyday for no real purpose. And that makes it easy to give it up.

If you're going to make New Year's resolutions, consider making a goal that's specific, realistic and supports the big picture of a positive lifestyle. Whether you're making goals or not for 2021, here are a few ways you might make a positive change in the new year.

• Consider a move. Moving to an assisted living community, such as one under the Bethesda Senior Living Communities umbrella, can be a major change, which is understandably scary for some people. But it also brings a multitude of benefits, including removing the need to keep up your home and attend to every meal yourself while adding easy access to amenities and social activities. Freeing up your time as you settle into a cozy assisted living apartment might even help you make more of the positive changes below.

• Start a new hobby. Or, rediscover one from your past. Collect things, make things or simply spend time with binoculars trying to see every bird in the county.

• Learn something. Go back to school online and take virtual classes in all manner of topics. Seniors can often find options for free classes online.

• Reconnect with loved ones. Whether you've grown apart or just haven't put in the quality time, use computers, phones and real-life interactions when possible to get to know loved ones again.

Posted on
Monday, December 14, 2020
by
Bethesda Senior Living
« Go Back