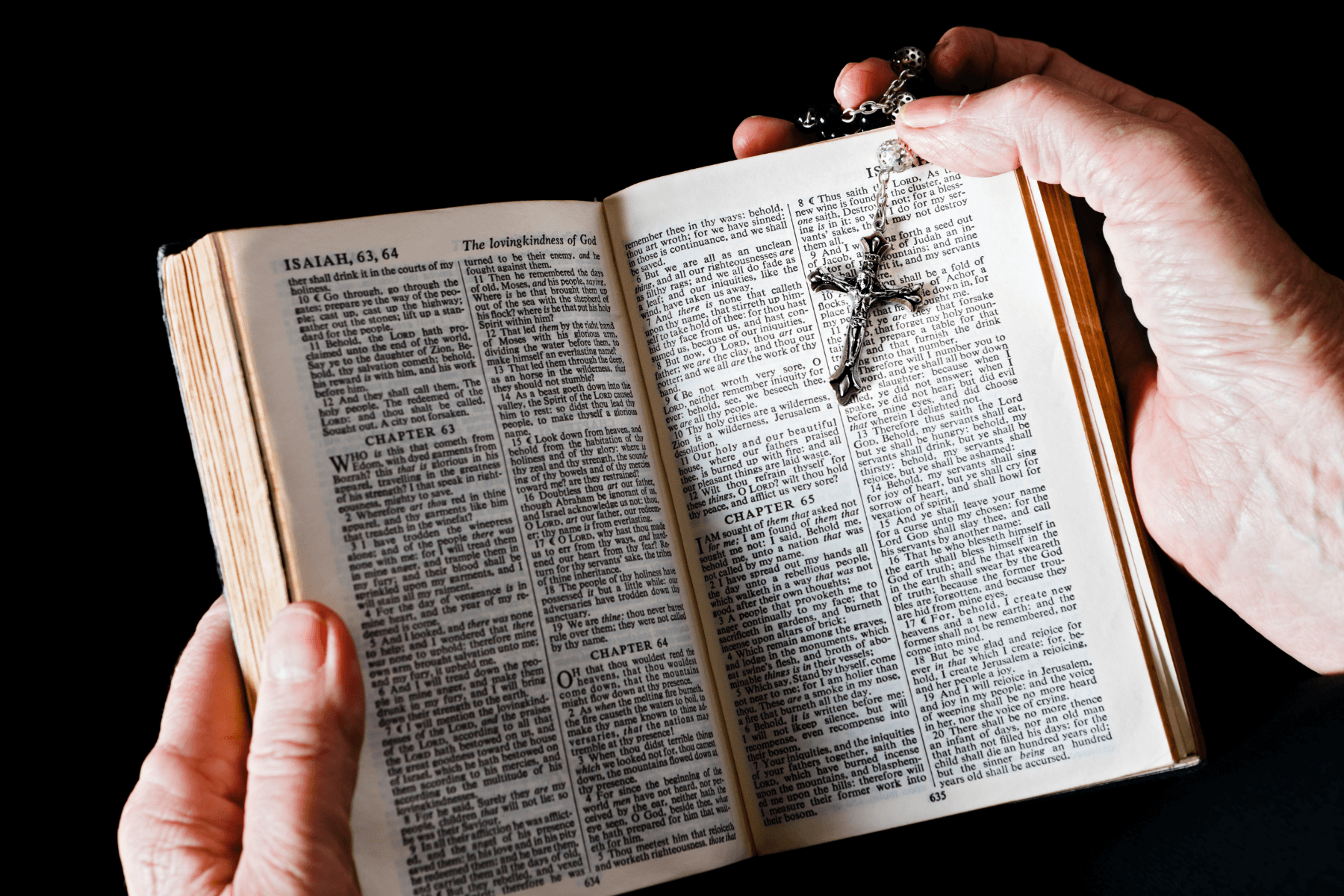 When talking about the minor prophets of the Old Testament, the common misconception is that the word "minor" denotes that these prophets are less noteworthy than their more well-known contemporaries. However, this is far from the case; despite the brevity of their books, the messages conveyed in their stories are just as powerful and important as those of prophets like Elijah, Isaiah and Jeremiah, and they may be good topics of study for a Bible group in your assisted living community. Here's a look at some of these lesser-known prophets and what you can learn from them.

The metaphor of the adulterous wife is used quite frequently amongst the Old Testament prophets in reference to Israel's unfaithfulness and idolatry. For Hosea, it was more than a metaphor — it was his reality. The Bible says when the Lord first spoke to Hosea, he told him to "go and marry a woman of promiscuity, and have children of promiscuity, for the land is committing blatant acts of promiscuity by abandoning the Lord" (Hosea 1:2).

Hosea obeys, taking the infamously licentious Gomer as his wife. She bears him three children — two sons and a daughter — but this does little by way of checking her libertine impulses. She is continuously unfaithful to Gomer and at one point even sells herself into prostitution.

God uses the anger, heartbreak and distress Hosea expresses in response to his wife's actions to reflect his own feelings toward Israel, where "cursing, lying, murder, stealing and adultery are rampant and one act of bloodshed follows another" (Hosea 4:2). He commands Hosea to find and reclaim his wife "just as the Lord loves the Israelites though they turn to other gods and love raisin cakes." (Let it be known that in the eyes of God, raisin cakes and prostitution are equally nefarious.)

In the story of Hosea and Gomer, you can see God's mounting frustration with the people of Israel as they repeatedly abandon him to worship false gods and unashamedly pursue their carnal desires. In spite of his indignation, the Lord continually forgives their disloyalty and remains faithful in his love for them. Through Hosea, God foretells the coming of a Redeemer who would restore the broken relationship between him and Israel. "My people are bent on turning from me... How can I give you up, Ephraim? How can I surrender you, Israel?... I have had a change of heart; my compassion is stirred. I will not vent the full fury of my anger... I will not come in rage" (Hosea 11:7-9).

The prophet Joel arrived in Judah shortly before one of the most terrible plagues of locusts in the nation's history. Warning them of the impending devastation, he called for a season of fasting, mourning and repentance. "The day of the Lord is near and will come as devastation from the Almighty... Even now, this is the Lord's declaration — turn to me with all your heart, with fasting, weeping and mourning. Tear your hearts, not just your clothes, and return to the Lord your God" (Joel 1:15 & 2:12-13).

The effects of the plague were clearly seen and felt throughout the land. The swarms of locusts came like a storm, darkening the sky and decimating every green thing in their path. Using the locusts as imagery, Joel prophesied about an even greater judgment that would come on the day of the Lord; however, he also spoke with hope of the immense blessings that would follow it, including the glories of the Messiah's kingdom: "Then you will know that I am the Lord your God... In that day, the mountains will drip with sweet wine, and the hills will flow with milk" (Joel 3:17-18).

In 539 BC, the Babylonian empire that had enslaved the Israelites 70 years before was supplanted by the up-and-coming Persian empire, led by Cyrus the Great. Shortly thereafter, Cyrus banned slavery throughout Persia, decreeing that any captive Jews who wished to return to Jerusalem to reconstruct the Lord's temple were free to do so. He even returned the gold and silver that Babylonian troops had taken as spoils of war.

Over the course of the next 2 years, the Israelites managed to lay the foundation of the new temple before opposition and dissent from the Samaritans in the north forced all construction to a halt. After a 16-year standstill, building was finally resumed when the prophets Haggai and Zechariah "prophesied to the Jews who were in Judah and Jerusalem in the name of the God of Israel" (Ezra 5:1).

Within 4 years, the temple was completed. Haggai promised the Israelites that if they continued to remain faithful and obedient to the Lord, his blessings would follow them from that day forward and the glory of the new temple would surpass that of the first. Zechariah foretold of a coming Messiah who would "banish prophets and unclean spirits alike from the land" and reign triumphantly over God's people for all of eternity (Zechariah 13:2).

Hosea, Joel, Haggai and Zechariah aren't the only minor prophets worth studying; other prophets of the Babylonian and Persian eras predict the rise and fall of entire empires and the coming of a Redeemer who you may happen to know by name. In their stories and messages, you're given a glimpse of a people fallen from grace slowly building their way back to God and the rift between them that could only be repaired through the blood of Jesus.