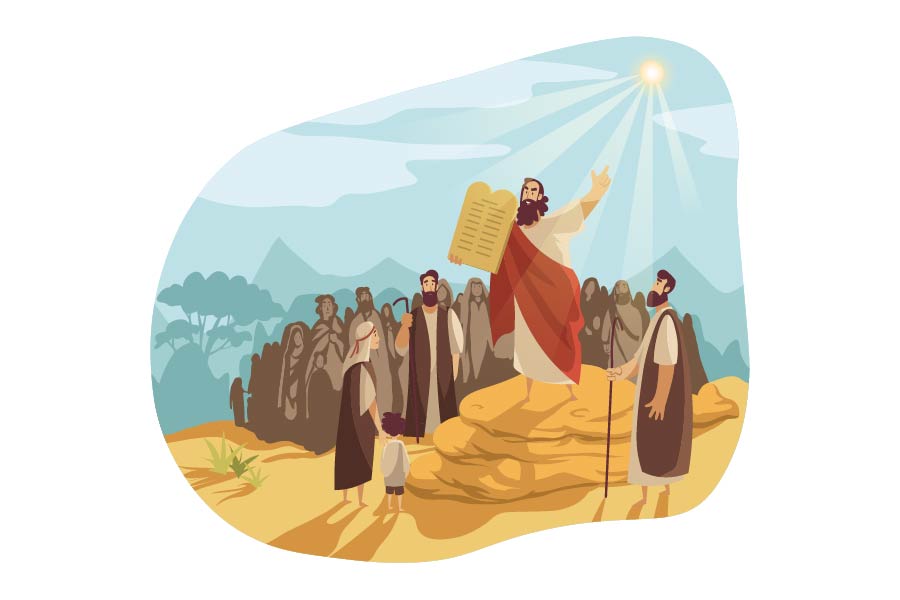 BIBLE CHARACTERS WHO WENT THROUGH HARD TIMES...AND WHAT THEY LEARNED

There's no doubt in anyone's mind we're living in uncertain times. Seniors and their families are facing the effects of the coronavirus outbreak in assisted living communities and across the world, and there are many unknowns associated with that.

When we feel scared or uncertain, we can turn to Scripture and the Lord for guidance and strength. The Bible has several great examples of individuals who prove that you can go through difficult times and make it through to the other side with God as your guide.

Here are a few examples of Bible characters to be inspired and comforted by in these challenging times.

Perhaps no Bible character has suffered more than Job. Job had everything — a good family, a good name and plenty of wealth. But then Satan went to God and asked for permission to alter Job's good fortune.

Then tragedy strikes and Job loses everything: his children, his wealth, his livestock, his crops, his health and even the relationship of his wife and friends.

And what did Job do? Not curse God, as Satan had thought he would. Instead, he praised His name.

"At this, Job got up and tore his robe and shaved his head. Then he fell to the ground in worship and said: "Naked I come from my mother's womb, and naked I will depart. The Lord gave and the Lord has taken away; may the name of the Lord be praised." (Job 1:20-21)

The rest of the Book of Job tells us that through it all, Job struggles with his suffering, saying to God, "Does it please you to oppress me, to spurn the work of your hands, while you smile on the plans of the wicked?" (Job 10:1-4)

The moral of Job's story is: It's okay to question God or the reasons for why something is happening, but there's no need for us to stay there. Job eventually repents and is humbled before God.

David is a Bible character who is no stranger to hard times. He was anointed king of Israel and chosen by God, and yet he was also tormented by the jealous King Saul, who chased David for many years trying to kill him.

The Bible tells us that David grew increasingly frustrated from his constant running and hiding, living in caves and surviving on whatever food his men could find or what those loyal to him would give.

And time and time again, he had the chance to kill Saul, but he didn't because his heart was good.

Of course, we all know how the story of Saul ends. He falls on his sword to avoid capture in battle.

Many of the psalms highlight David's cries to God and his struggles, such as Psalm 142:1-2, which says, "I cry aloud to the Lord; I lift up my voice to the Lord for mercy. I pour out before him my complaint; before him I tell my trouble."

Even though King David struggled mightily with his faith, he never remained in this state for long, as he still concludes every psalm praising God and giving Him glory.

Moses is another Bible character who suffered several instances of hard times. He struggled to believe he could deliver his people from Egypt, and he ran into the wilderness until God appeared to him at the burning bush and called him to do exactly what he had run away from.

And with God's help, Moses successfully leads his people out of Egypt, free of bondage. It is a high point in Moses's life. At this time, everyone was praising God and singing songs.

But then there was a slight problem: No water to drink.

God was testing Moses and his people to see how they would react at having no water in their new land.

The people of Israel murmured against Moses, wondering what they should drink. And what did Moses do? He turned to God for help in his struggle, and God delivered.

"The Lord showed him a piece of wood. He threw it into the water, and the water became fit to drink." (Exodus 15:25)

Then afterwards, they came to Elim, where the Bible tells us there were 12 springs and 70 palm trees — plenty of water to go around.

And yet, we all know the story of what happens — it occurs just as Jesus said it would. Peter denies him three times at his trial, and after he had denied Jesus the third time, "he broke down and wept" (Mark 14:72).

After this, the Bible tells us that Peter thinks he is unworthy and returns to his old life as a fisherman. All of the disciples go with him.

The good news in all of this is that Peter was restored by Jesus, who is merciful, as John 21:15-25 reads.

The big takeaway from all the lessons these Bible characters learned is that with God, all things are possible (Matthew 15:26). And you, too, can find strength, comfort and guidance in the Lord during these challenging times.

Use our
Community Locator
for more information about a specific community.
Copyright © 2020 Bethesda Foundation