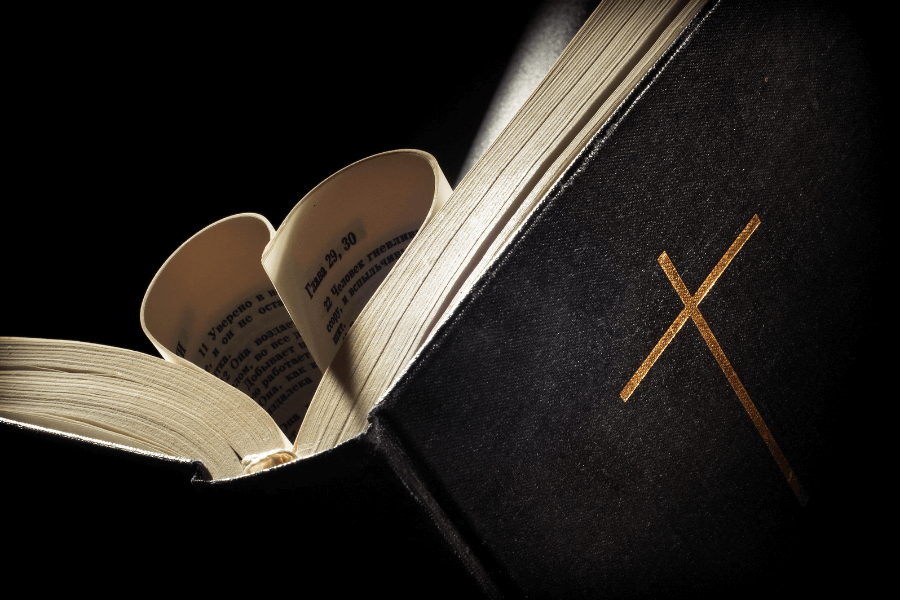 Change is an unavoidable part of life. Even if you tried to control life and stop change from happening, such as by clinging to an environment that was familiar and comfortable, the world would go on around you.

Many older adults realize this is true, and they begin to make plans for their future. They may decide moving out of their home and into an independent living community or assisted living community is the right move for them. Whatever change you decide on, knowing it's a good move doesn't make it any less scary.

Seniors of faith considering a major change such as a move to assisted living — or those facing changes foisted upon them by life — can take heart in lessons learned from a familiar figure in the Old Testament. Check out four ways the story of David can comfort older adults going through life changes below.

Nothing Is Too Big for God

David's story has numerous themes. One of them is of a man, seemingly alone against large opposing forces, relying on the strength of God to see him through.

As a young person, David was obviously aware that God was bigger than any obstacle that might stand before him. Even as the entire army of Israel stood scared before Goliath, the Philistine champion, David asked why no one would fight him. Surely, said David, this giant of a man was nothing compared to the God of Israel.

David was so sure of this, he volunteered to fight the giant himself. And while David was strong and had taken on lions and bears in protection of his family's sheep, he was still young, and he wasn't a warrior. That's illustrated by the fact that he couldn't move well in Saul's armor and chose instead to fight with no armor and only a few stones and a sling. Even then, he trusted the situation wasn't too big for God.

Later, David fights whole armies, finds safety and success even when running from a king and eventually takes on the role of king of Israel. Though David the man falters, David the boy with a heart for the Lord continues to believe nothing is too big for God.

You don't have to be a youthful shepherd to have this belief in God. Older adults can trust that no change in their life is too big for God, whether that's dealing with a loss or moving into a new home.

You Can Find Success Outside Your Comfort Zone

The second half of 1 Samuel is full of stories about Saul chasing David and trying to destroy him. Yet, even as he is running with his men from Saul, David often finds comfort, shelter and even mission outside of his comfort zone. He turns repeatedly to God and is obedient to honoring God — which is why he doesn't kill Saul when he has a chance.

Older adults of faith can follow this example, keeping God at the forefront of their thoughts in all they do. For example, if you're moving into an assisted living community, instead of dwelling on anxiety about the change or how this new part of your life is different, you might:

You Can Be Human and Also Find Strength in God

Of course, King David was human and fallible. He made some pretty devastating choices, even plotting the death of one of his loyal subjects. At the end of the day, though, Scripture still calls David "a man after God's own heart." God continues to love David and even provides a legacy for him.

Being human and making mistakes on your journey doesn't keep you from finding strength in God and certainly doesn't mean God will stop loving you. Going through change can be stressful, and it's easy to make mistakes or speak out in anger or frustration to others. Whatever happens, though, you don't have to let it define this new season in your life. Like David, as a person of faith, you can return to God and seek a better way.

Every Journey Is a Chance to Develop a Heart for God

Our lives are full of journeys. As an older adult, you may have taken many literal and metaphorical journeys in your life. Whatever change you might be facing now, it's yet another journey — and David shows us that these journeys are just another opportunity to develop a heart for God.