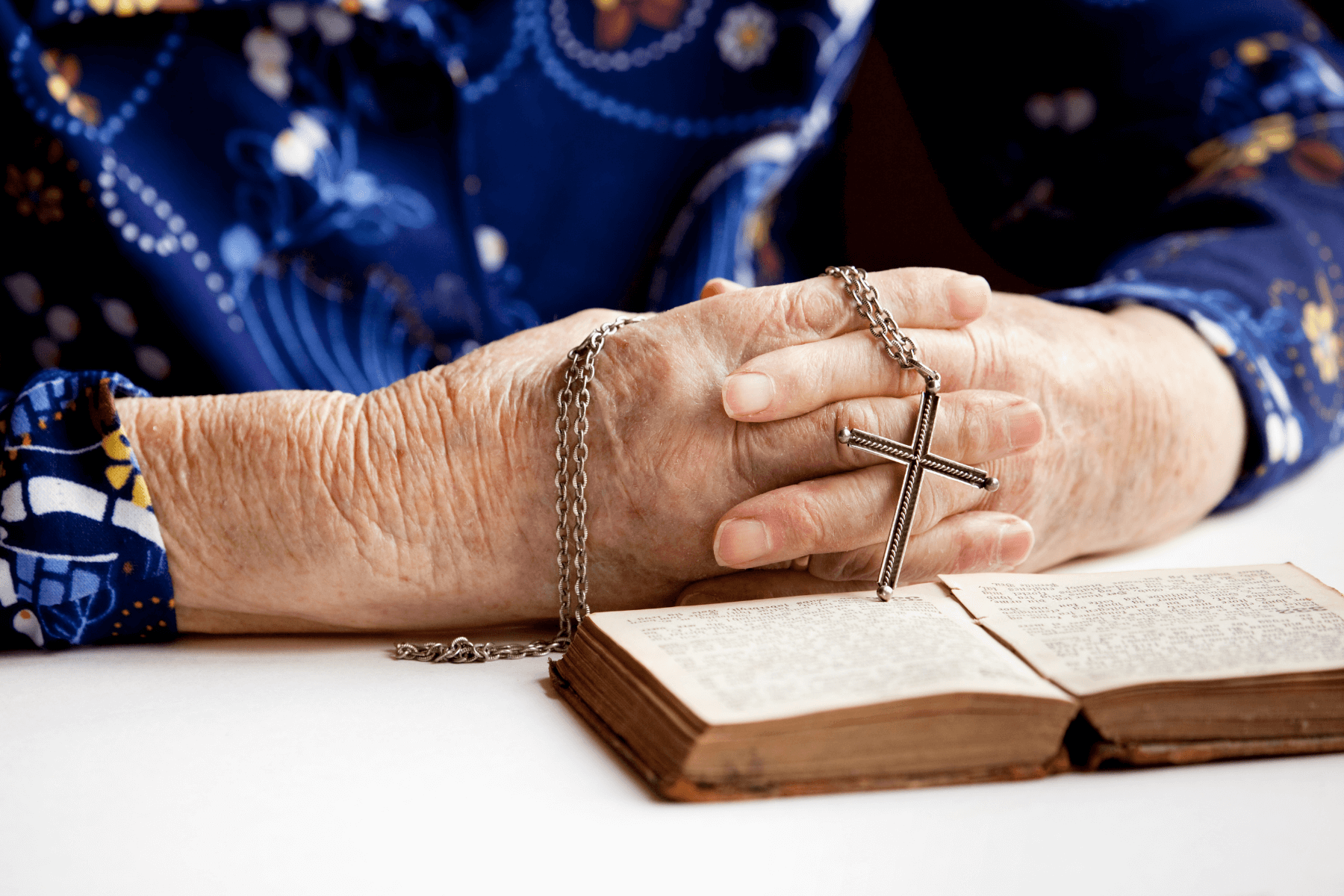 At Bethesda Senior Living Communities, we motivate our residents to grow in their daily walk with God by delving into His Word. What does it mean to be a prayer warrior? Simply put, a prayer warrior is an advocate who feels themselves called to the ministry of reconciliation between God and man.

The prayer warrior’s heart is one after God’s own heart: selfless, with an ability to look at situations from a place beyond them and truly seek after God’s will in them. Examples of prayer warriors litter the Bible, and there’s much to be learned from them. Take a look at some powerful prayer warriors throughout Scripture and the attributes they share that you can seek to emulate in your own walk with Christ.

There may be no better place to start when looking at examples of biblical prayer warriors than King David. He was a warrior at heart — and not just in the sense of the physical battlefield. Called “a man after God’s own heart” in Acts 13:22, David greeted almost every situation he encountered with prayer in lieu of haste decisions and instinctual responses. David used prayer as his greatest tool to achieve multiple ends:

David understood the power of prayer and that it’s the best way of communicating with God and a constant reminder that He is in control. From David's example, you can see that God’s wisdom is needed in every facet of your life and learn how to come before His throne in prayer on all occasions.

Famously remembered in Scripture as the ardently faithful mother of the prophet Samuel, Hannah’s story is so much more than being a mother. After years of trying to conceive a child and being ridiculed by her husband’s other wife Peninnah, Hannah went to the temple at Shiloh to make a sacrifice to the Lord and pray for a child.

1 Samuel 1:10 tells us, “She was in the bitterness of the soul, and wept in anguish praying to the Lord.” In the next verse, she makes a promise to God that if He grants her a child, she will give the child back to Him, raising him in the ways of godliness and righteousness. And God provided — not just with Samuel but with a total of 7 children.

So often in your relationship with God, it can be easy for your prayer life to grow too formal and out of touch. Hannah, however, didn’t use prayer in this way. For her, it was a deeply emotional and honest outlet through which she could be vulnerable with her creator and express the deepest, most desperate desires of her heart.

Furthermore, in addition to utilizing prayer as a sacred refuge, she petitions her faithfulness to God through it, saying “What You give to me, I will give back to You in full.”

Daniel was a prayer warrior with a regiment. He set aside three times a day to go before the Lord in prayer, and he was an incredible intercessor on behalf of God’s people. When he learns about the desolation of Jerusalem and the 70 years of captivity awaiting the Israelites, he immediately comes before God in prayer (Daniel 9:3-4).

There’s something to learn from this example Daniel sets. When we recognize unmet needs in others, we can ask God to help them. In fact, God may even highlight other’s struggles in your own life so that you feel moved to pray for them. These people may be too hurt, broken or depressed to pray for themselves. As a prayer warrior, you have the opportunity to help their voice be lifted up to God so that He may hear their pleas.

The greatest prayer warrior of all, prayer was absolutely crucial to Jesus’s life, ministry and message. Mark 1:35 tells us that Jesus rose well before the sun every morning to find a quiet, solitary place to pray. For Him, prayer was a lifestyle. A mindset, even. In fact, Jesus considered prayer so integral to walking with God that He even taught His disciples how they should pray in Matthew 6 during the Sermon on the Mount:

“Our Father in Heaven, hallowed be Thy name. Thy kingdom come. They will be done on earth as it is in Heaven. Give us this day our daily bread, and forgive us for our trespasses as we forgive those who trespass against us. And lead us not into temptation, but deliver us from evil."

If the Savior Himself prayed so passionately and urgently, why should you pray any less ardently? Strive to be a prayer warrior in your daily walk with God and diligently set good habits to help your prayer life flourish.

Posted on
Tuesday, March 8, 2022
by
Bethesda Senior Living
« Go Back